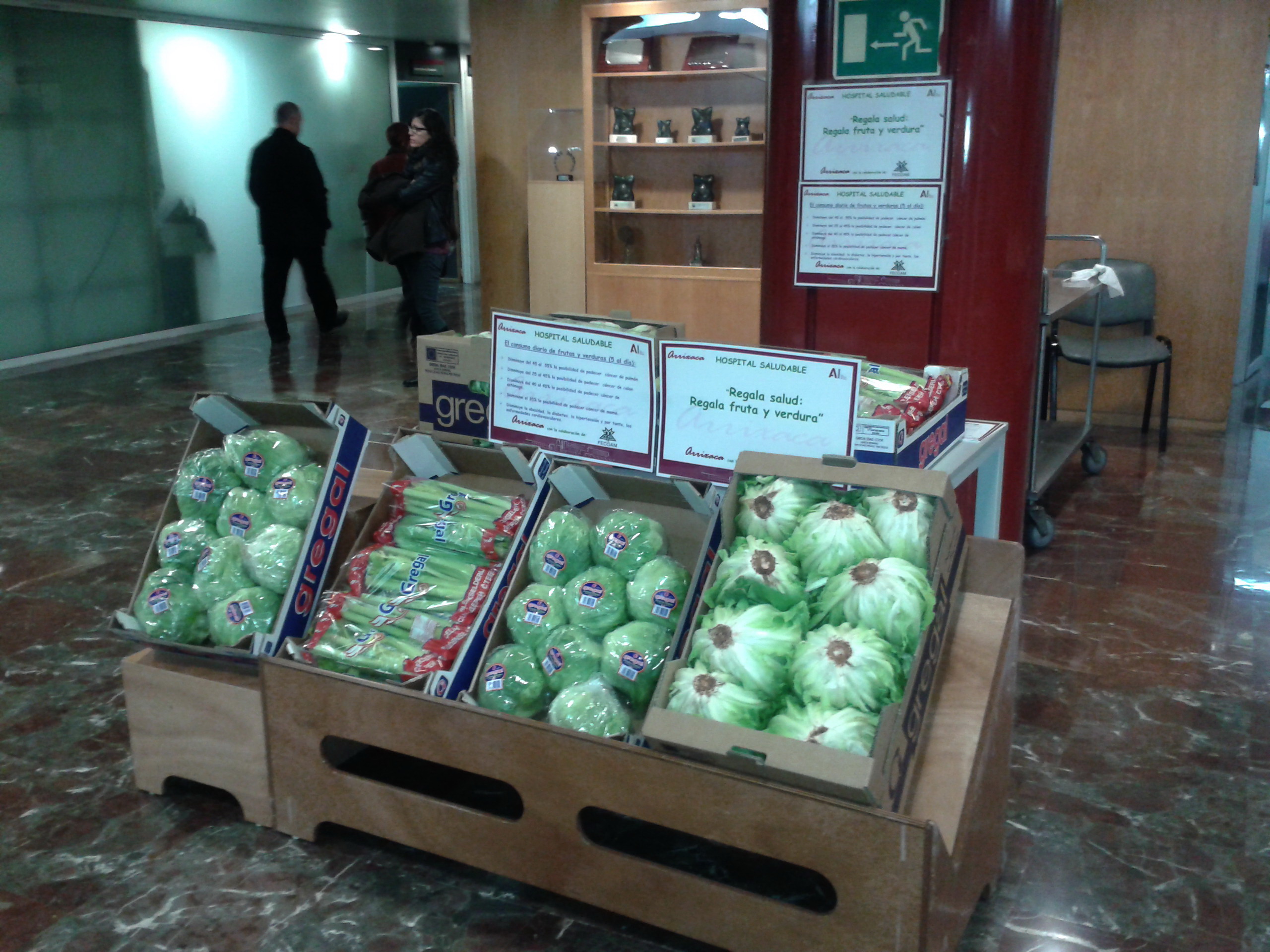 We recently stayed at the Fruit Attraction in Madrid, being in contact with our sector in a more direct way, receiving impressions of the market and deal directly with suppliers and customers.

13-09-2010
FRUIT ATTRACTION continues to increase the number of exhibitors
More than 450 Business, the rented space increased by 50% relative to 2009

Fruits Logroño, Wholesale distributor of fruits, vegetables, canned vegetables and Madrid, It gives you the latest news related to the sector of our business news.

The Trade Show for the Fruit and Vegetables, FRUIT ATTRACTION 2013 which celebrates its second edition in Madrid, of 20 al 22 October, continues to increase its number of exhibitors. In these first days of September and reached 450 Direct exhibitors, of the 80 percent corresponds to producers and the 20 percent to suppliers of goods and services.
As the number of meters, They have been overcome and 11 thousand meters, representing a 50 percent more than in the first edition of 2009, as they reported by FEPEX and IFEMA, event organizers, who already meet their initial objectives were to achieve the 450 exhibitors and overcome 10 thousand square meters. This second edition incorporates new exhibitors of autonomous communities that last year had little presence as Castilla y Leon, Navarra, País Vasco and Valencia.
In addition increased the participation of international exhibitors from Algeria, Argentina, French, Italy, Mexico, Netherlands, and Portugal, among others. In parallel with the commercial activity FRUIT ATTRACTION will host an important set of parallel activities, to be developed in two areas mainly.
On the one hand the technical seminars to be held during the three days of the fair and will address the issues of greatest interest to professionals in the horticultural industry. The technical seminars will be three: Organization of fruit and vegetables in the United States, including relations with mass distribution; Modernization of greenhouses; and contribution of technology centers to accelerate the process of innovation in horticulture.

On the other hand, actions to promote the consumption of fruit and vegetables under the name FRUIT FUSION will be developed, organized by MADRID FUSION, which include the II Gastronomic Congress of Fruit and Vegetables for the Horeca Channel, the First National Fruit Carving Contest, a show cooking in charge of prestigious national and international chefs and specific activities for children. At the same time, it is recalled that in the framework of the parallel activities of the fair 2010 also it organizes the Innovation Forum, where exhibitors will present their innovations and the First International Congress of seedless table grapes: GRAPE ATTRACTION, bringing together a wide representation of the production, research and marketing of this type of grape from around the world, from United States, South Africa, Chile, Israel and Peru, among others.

Any cookies that may not be particularly necessary for the website to function and is used specifically to collect user personal data via analytics, ads, other embedded contents are termed as non-necessary cookies. It is mandatory to procure user consent prior to running these cookies on your website.